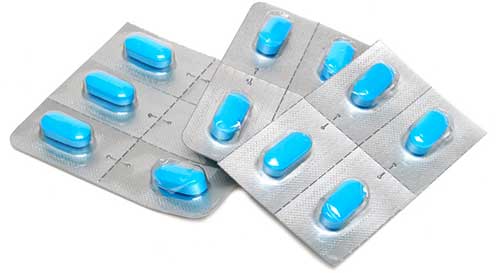 Is the pill going to work on me?

How many weeks passed from the first day of your last regular period?

You can perform abortion by pill at home.

How to take Abortion Pills? 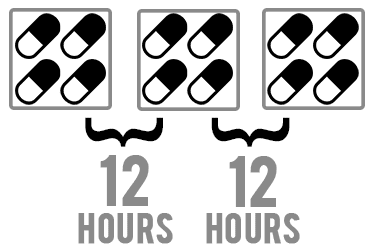 To perform an abortion Misoprostol pills are taken in the following way: 4 pills of 200 mcg every 12 hours 3 times. 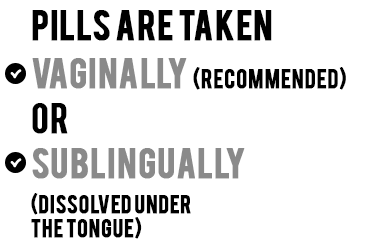 Pills are taken vaginally (recommended) or sublingually (dissolved under the tongue).

Do I Have to Do a Follow-Up?

After the procedure you need to check if the abortion was successful. It is necessary to have an ultrasound examination after medical abortion.

Medical abortion is safe when performed during the first trimester of pregnancy (0-12 weeks).

Medication intake of 800 mcg (4 tablets of 200 mcg) of misoprostol (Cytotec) vaginally every 12 hours is effective from 85% to 90% and is described as complete abortion.

The oral route is less effective than the vaginal.

It is preferable to do intrauterine aspiration and curettage when molar pregnancy was spotted.

An intrauterine device (IUD) if in place ought to be extracted before taking misoprostol.

You ought to inform a woman that there are cases when the therapy fails and a woman ought to be ready to have surgery as it was reported that there might be congenital malformations in newborns if mothers took misoprostol during their first three months of pregnancy.

The past caesarian operation does not influence the effectiveness and safety of an early abortion (no longer than 7 weeks).

There are two alternatives: the first choice is 800 mcg (4 pills of 200 mcg) of misoprostol taken vaginally every 12 hours thrice; the other option is 800 mcg taken sublingually every 3 hours thrice.

It is not advisable to exceed the dosage for it can increase side effects.

During the first pregnancy trimester complete abortion is observed in 90% of cases.

Determined by the administration chosen, pregnancy is not terminated in 4-8% of women with the duration of gestation of more than 63 days when misoprostol is taken vaginally.

The time of the result varies depending on time intervals, dose and type of medication intake chosen but in most cases the expulsion of the products of conception takes place several hours after the intake:

And so on until 72 hours after the initial dose.

Serious side effects are rarely observed.

Vaginal bleeding is normal during abortion associated with misoprostol. It is heavier than usual menstrual bleeding and does not differ from the one that takes place with miscarriage. It may be individually, but usually it's either menstrual-like or a bit heavier within the first week.

It often starts griping just after 30 minutes of misoprostol intake or during the next few hours. About 80-90% of women experience pain which might be stronger than the spasms during the menstrual period. To relieve the pain you can take non-steroidal anti-inflammatory drugs (Ibuprofen is advised). They won't affect the results of the method.

It is a general side effect of misoprostol administration but it is temporary and does not necessarily mean inflammation. To relieve fever an antipyretic (Ibuprofen/Motrin) can be taken.

It is reported that about 20% of women suffer from nausea when pregnant. Misoprostol administration might intensify those symptoms. If necessary, an antiemetic (Metoclopramide is advised) can be taken though the symptoms will disappear during the next 2-6 hours.

Diarrhea may be a symptom of misoprostol administration but it will disappear in a day.

Women should be aware that after misoprostol administration congenital malformations may be observed, though the risk is quite low. If after the treatment intake pregnancy was not terminated, surgical abortion should be done. Vacuum aspiration is an advisory option.

If a woman does not abort for 72 hours after the last misoprostol administration, she has two options:

Try the second course of misoprostol (the success rate is one in three).

It is necessary to have an ultrasound investigation after medical abortion.

Only once you follow all the instructions of your health care provider you get the intended effect from these medications. Because otherwise, we do not bear any responsibility for the effects after incorrect usage of medications.